The two-­bedroom apartment near an old cemetery in Glassboro, N.J., may not look like much, but it means everything to Chekesha Sydnor-­Jones and her family. After an eviction, they spent 2018 crammed into a motel room. After scrimping and saving, Sydnor-­Jones’s family was able to put a month’s deposit down on a rental in this middle-­class town and move into an actual home. The space is tight — Sydnor-­Jones’s three adult daughters shared the finished attic with her 10-year-old daughter; her 18-year-old son has one bedroom on the main floor, and she and her partner have the other.

Before the pandemic hit, things were looking up. After a bout of joblessness, Sydnor-Jones had managed to buy a car and started driving for Uber and Door­Dash. Glassboro is home to Rowan University, and she found that money could always be made serving the bustling campus. Sydnor-­Jones’s partner had returned from North Carolina and began working in construction.

Assata Shakur, who is the oldest daughter at 25, struggled to find work until she landed a union job as a housekeeper at Rowan, making about $425 a week after taxes. After working for a period, she would be able to attend Rowan at a discount and finish her education. Sydnor-­Jones’s daughter Assira, who is 23, learned that she was pregnant last fall and reluctantly took a job as a door-to-door saleswoman for a clean-­energy company. But she found she had a talent for it, and between the commission she earned and her part-time job at Home Depot, where she made $11 an hour, she and her boyfriend, who also worked at Home Depot and the clean-­energy company, started to save money for the baby and for their own place. Sydnor-­Jones’s son, Lahab, who is 18, worked at Amazon for about $17 an hour and was pulling in additional income driving for Door­Dash. Sydnor-­­Jones’s 20-year-old daughter, Ahlayashabi, was not working before the pandemic. Almost none of them individually made a living wage in New Jersey, one of the most expensive states in which to live in the nation, but with all of them working and pooling their living expenses, they managed.

Today Sydnor-­Jones and her family find themselves in the type of financial calamity that they’ve never known. As New Jersey, one of the states hit hardest by the coronavirus pandemic, implemented stringent shutdown restrictions, almost overnight, the family’s income evaporated. The door-to-door sales company that employed Assira and her boyfriend laid them off, and they had to make do on the part-time work at Home Depot. Eventually, Assira, afraid for her health, took an early leave. Construction work stopped. And when Rowan University shut down and the students left, Sydnor-­Jones and her son lost almost all their income from Uber and Door­Dash. Only Assata is still fully employed — while her hours at Rowan University have been cut, she is still drawing her paycheck — but that could be imperiled if students do not return to school in the fall.

For black Americans, whose unemployment rate was double that of white Americans before the pandemic, ­Covid-19 is particularly disastrous. While white unemployment has risen to 14.2 percent, black unemployment has grown to 16.7 percent, according to April data from the Bureau for Labor Statistics, and experts think the black unemployment rate is most likely severely undercounted. Heidi Shierholz, policy director of the Economic Policy Institute who served as the chief economist to the labor secretary under President Barack Obama, told The Washington Post that she expected unemployment among black people to soar to an almost incomprehensible 30 percent, the worst of all racial groups. ‘‘It will be an absolute nightmare,’’ she said.

And for working-­class black families like Sydnor-­Jones’s, the data are particularly devastating. Black Americans are heavily concentrated in the service sector and gig economy — the types of jobs employees cannot do from home and where layoffs have been most severe. This month, the Federal Reserve chairman, Jerome H. Powell, said that in March, when the shutdowns began, nearly 40 percent of American households earning less than $40,000 a year experienced job losses. Nearly half of black households earn less than $40,000 a year.

Sydnor-­Jones, who is 46, cannot remember a time when money wasn’t tight. Her mother worked child-care and counseling jobs that were important but low-­paying. She bought a fixer-­upper that they could never really afford to fix up in Camden, N.J., during the 1990s, when jobs disappeared from the city and nearly 40 percent of residents there lived in poverty, making it the poorest city in one of America’s wealthiest states. Sydnor-­Jones recalls spending a winter with no heat while she and her mother lived in two rooms in the otherwise-uninhabitable house.

She dropped out of college after two years and then worked a series of early childhood education jobs to support herself and her children. In 2006, she moved to Williamstown, about 20 miles south of Camden, a diverse middle-­class suburb out of her price range. She reasoned it was worth it to get her children access to the safe and high-­quality schools the community offered. ‘‘I could live a middle-­class life in Camden or be poor out here, and I decided to be poor out here,’’ she explained. Sydnor-­Jones learned from her mother how to be resourceful, supplementing her income by doing hair from her home on the side. 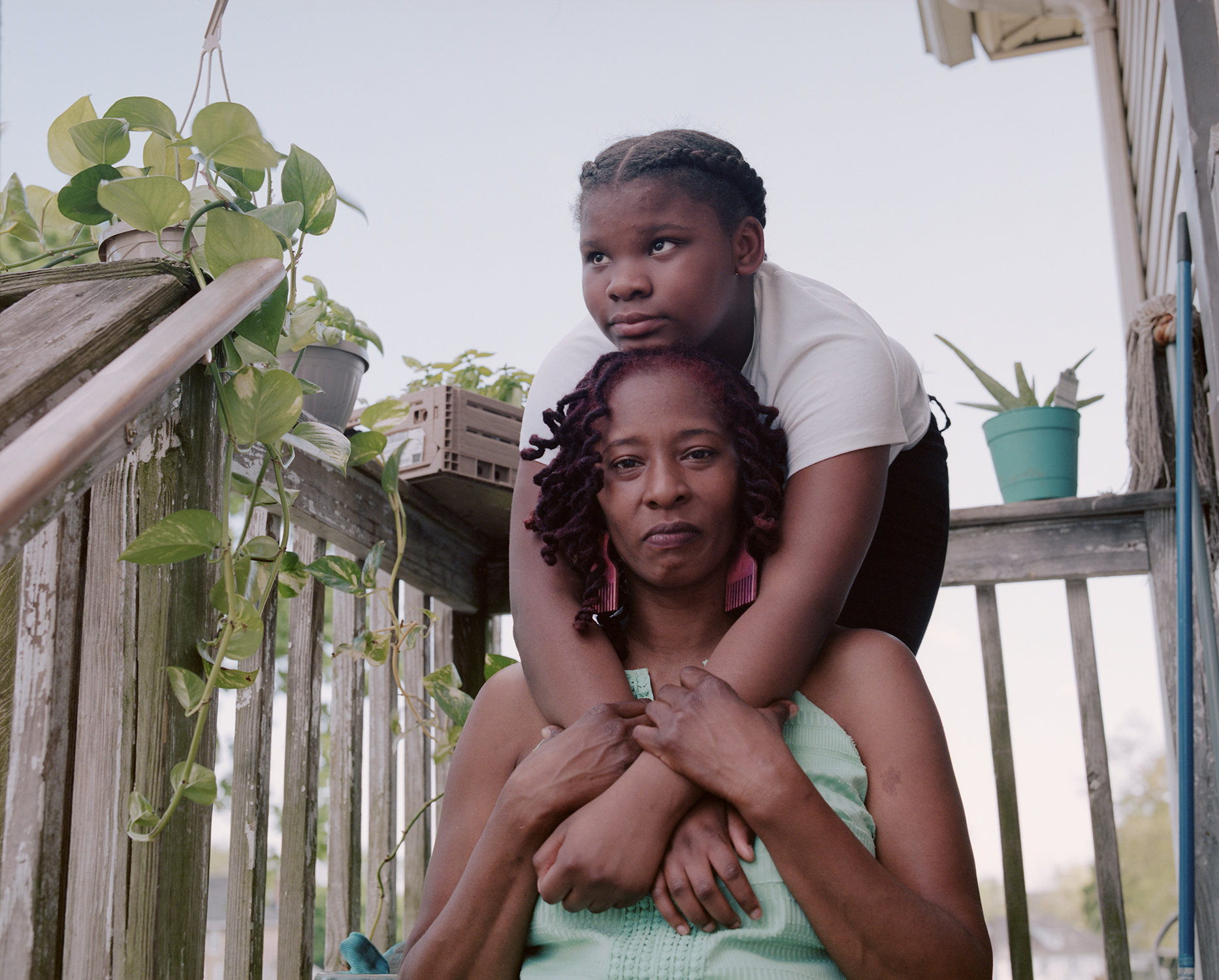 But the pandemic has stymied her resourcefulness — she can’t merely pick up extra shifts driving for Uber or do a friend’s hair in her kitchen. So she has filed for unemployment under expanded terms that now include gig workers. But her claim was pending for weeks before she finally received a check in mid-May. ‘‘I try to be understanding that I am one of, what is it, like, 33 million that have filed for unemployment. Not that that’s much solace.’’

With virtually no income coming in, Sydnor-­Jones has cut expenses where she can. She downgraded her cellphone plan, opting for a $15-a-month bare-bones package. She got rid of cable and internet but has been able to sign up for free internet for her 10-year-old, Azhani, which is provided to low-­income children so they can access remote learning. She has prioritized paying the electric and water and gas bills, which are higher with everyone home all day every day, and put off other expenses, like medication. Sydnor-­Jones has severe asthma, a condition that black Americans, more likely to live near environmental poisons, suffer disproportionately and that makes ­Covid-19 particularly deadly. Yet she said she could not afford to pick up the $46 inhaler waiting for her at the pharmacy. Like one in 10 black Americans, she lacks health insurance.

Still, Sydnor-­Jones’s family could not pay all the rent this month. A nervous pit formed in her stomach when she had to tell the landlord they had only $350 of the $850 due. He was understanding, she said, but for how long?

Last month, Sydnor-­Jones headed to the food bank, something she has never done before. When she got there, she ran into many friends and neighbors. Everyone, it seemed, was trying to make ends meet. The boxes of canned goods and dried milk and beans helped restock her empty cupboards. Sydnor-­Jones is also growing vegetables — tomatoes, peppers, spinach and cucumbers — in a plot her partner dug behind their apartment building. These days she cooks a lot of beans and rice. ‘‘Thankfully I have a family that is pretty good with what some might call ‘struggle meals.’ I think it is a little bit easier having adults, because they understand why it is as it is.’’

Still, every day feels more desperate. Many adults living in a small space is never an easy situation, but the suffocating combination of almost everyone’s being without work, with too little money and too much time on their hands, is leading to more and more frequent flare-ups. Arguments and slamming doors have become a daily soundtrack. Assata, who also suffers from asthma along with diabetes, has grown increasingly worried that she might contract the virus by working outside the home at Rowan. Racial data that cities and states started releasing last month revealed a stark disparity: In New Jersey and across the nation, black Americans were disproportionately contracting ­Covid-19 and dying from it. It’s an astounding yet predictable paradox: Black Americans, because of where they live and work, are among the most likely to lose work because of ­Covid-19 shutdowns but also have to go to work because their jobs are deemed essential. Assata feels as if she must risk her health because her entire family now depends on her income, and sometimes that makes her resentful. ‘‘I mean, I want to help my family, and I feel horrible being upset,’’ she said. ‘‘But it’s also frustrating. And then you’re all stuck with each other. I don’t know how long we can keep doing this, how long my mom and everybody can keep fighting over there not being enough money.’’

For Mother’s Day, Sydnor-­Jones splurged on cheap steak for the family, trying to make it celebratory, but she and her partner wound up in an ugly argument — she cannot even remember over what. He’s accustomed to working, she said, and not being able to help provide is breaking him down. It is growing harder and harder to keep her family from spiraling into despair. ‘‘I don’t like asking my kids for help,’’ she said. ‘‘You feel like the worst parent in the world. You try to remind yourself that everybody’s going through this, but it eats you up.’’

Nikole Hannah-Jones is a staff writer for the magazine. She won the 2020 Pulitzer Prize in commentary for her lead essay for The 1619 Project. 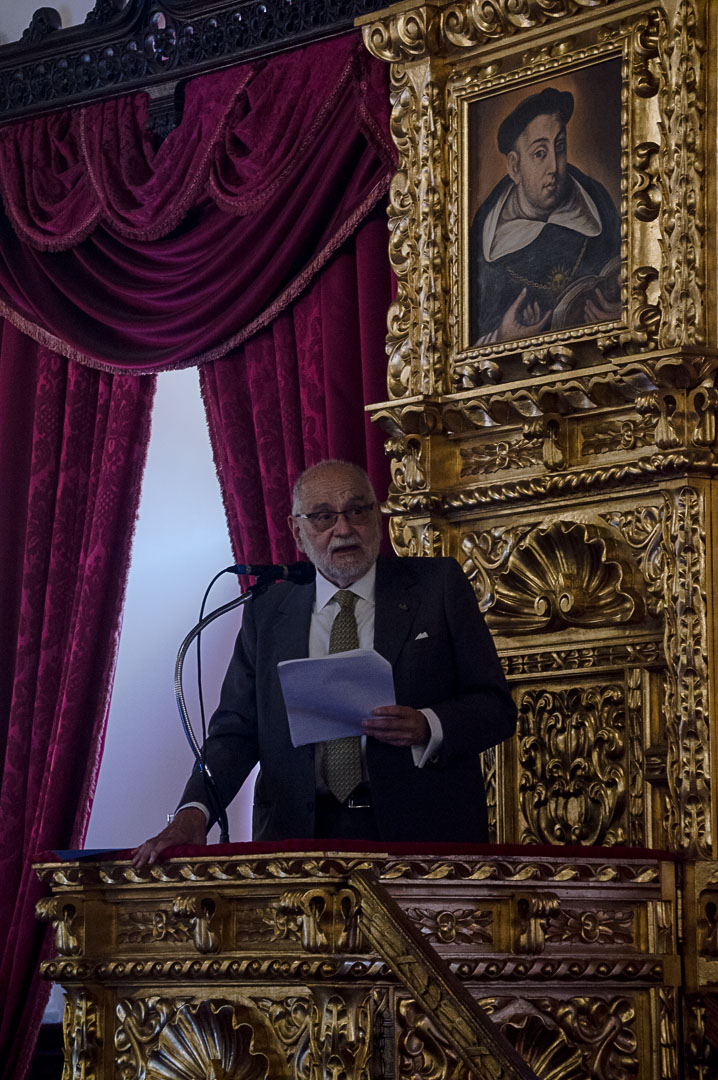